Program at a Glance

(A) Homomorphic Encryption and Applied Crypto

(A) Controlled Capture and Provenance Infrastructure

(B) Deepfakes and Synthetic Media

(B) Reliability, Interpretability & Practical Use of of Media Forensics

Keynote 1: Living with Manipulated Media: How do technical researchers need to prepare for global realities?

Welcome to the spotlight! Media forensics and information provenance are taking center-stage as a critical part of whole-of-society preparedness for more and more media manipulation. Globally, shallowfakes (lightly edited or simply miscontextualized media) already proliferate and synthetic media usages (malicious, meaningless, and meaningful) are growing in variety and sophistication. So what do technical researchers need to take into account as they build responses to these technologies? WITNESS has lead one of the leading global efforts to understand the threats and prioritize solutions from synthetic media, based on thirty years of work on truth and deception in video. Our focus in our 'Prepare, Don't Panic' program (wit.to/Synthethic-Media-Deepfakes) has been on a global perspective of people working directly on frontlines of dealing with potential malicious usages, and how that translates into needs in terms of detection solutions, provenance solutions and collaboration between forensic researchers and others. The most recent report from our south/southeast Asia meeting was just recently released (wit.to/DeepfakesAsia) and it builds on insights from both the US/Europe-centered workshops we've done as well as ones in Brazil and Sub-Saharan Africa. In the keynote, WITNESS Program Director will discuss findings, and highlight the key questions technical researchers need to ask about their solutions, the accessibility of their technologies, and what is needed as media forensics and information provenance step into the spotlight. 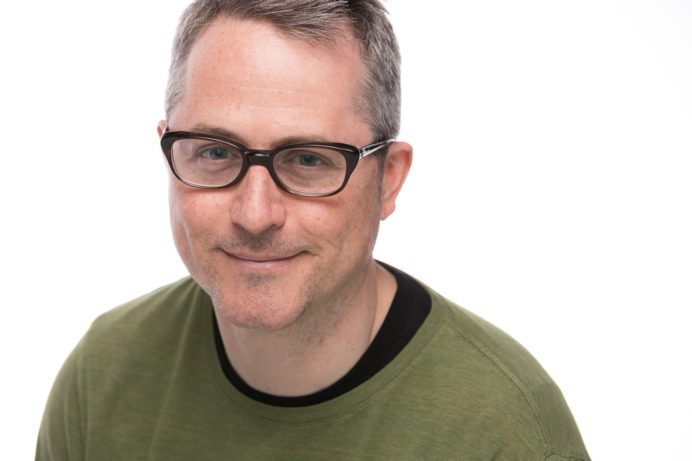 Quoted in major media worldwide, he has spoken at Davos and the White House and was a 2010 Rockefeller Bellagio resident on the future of video in activism and a 2012-17 Young Global Leader of the World Economic Forum. He is a member of the Technology Advisory Board of the International Criminal Court and the US Board of First Draft. He has published in Journal of Human Rights Practice, Information, Communication and Society, Fiber Culture, and American Anthropologist, and was lead editor of ‘Video for Change’. A graduate of Oxford University and the Harvard Kennedy School, from 2010-2018 he taught the first graduate level course at Harvard on participatory media and human rights.

WITNESS will also be participating in the Industry & Applications session.

Until very recently, we knew what media was and why it mattered. But today the definitions are changing. Fact vs. Fiction is no longer clear. The sheer volume of content blurs the lines and creates for the first time a sense that everything that we read, or listen to, or watch could be called into question. Phrases like “seeing is believing” seem like naive nostalgia in an era where the technology to create fake news is moving far faster than the ethics or laws that frame our media landscape. How we can expect developments in the creation and consumption of content to impact the definition of what we expect from media? How the emerging worlds of virtual reality and augmented reality will drive changes in how existing media and information companies and platforms evolve. Technology is driving media creation, while platforms are biased in favor of short and salacious media consumption. What lies ahead will shape our families, our work, and our planet. 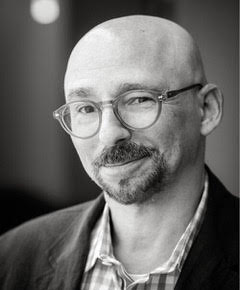 Keynote 3: Quantum supremacy: data security and the race for encryption standards in the post-quantum world

The world's daily data – estimated to be 44 zettabytes, or 40 times the number of stars in the observable universe – is protected by seemingly impregnable encryption algorithms as it traverses the digital universe. Now, the advent of game-changing quantum technologies threatens these digital defenses. In her talk, Chair of Cyber Security, Professor Delaram Kahrobaei, reveals how the speed and power of quantum computing could soon break these protective codes: just as Turing cracked Enigma. With more than 294 billion emails a day – including your personal bank details, and, if you’ve paid a few dollars for an ancestry trace, your unique DNA profile – this is a serious worry. So serious that the US National Institute of Standards and Technology (NIST) has fired the starting gun on a race to develop the next generation of cryptography before quantum supremacy is achieved. Professor Kahrobaei, looks at the runners and riders in this race (lattice being the favourite) ; asks whether those leading the quest for new security standards may have backed the wrong horse; and what this might mean for both our personal and our national security. 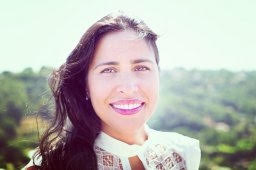 Before coming to York, she was a Full Professor at the City University of New York and doctoral faculty in the PhD Program in Computer Science at CUNY Graduate Center. She has adjunct appointments at CUNY Graduate Center in the PhD Program in Computer Science as well as the New York University. She was the President/co-founder of a university start-up Infoshield, Inc developing post-quantum fully homomorphic encryption algorithms for secure processing of sensitive data by artificial intelligence systems.

Her research has been partially supported by grants from the US Office of Naval Research, Canadian New Frontiers in Research Fund Exploration, American Association of Advancement in Sciences, National Science Foundation, National Security Agency, UK-Netherlands: York Maastricht Partnership Investment Fund. She has over 85 publications in prestigious journals and conference proceedings and several US patents. Her main research areas are Post-Quantum Algebraic Cryptography, Data Science, Applied Algebra. Kahrobaei is one of the Associate Editors of the Advances of Mathematics of Communication, published by the American Institute of Mathematical Sciences. She is the Chief Editor of the International Journal of Computer Mathematics: Computer Systems Theory, Taylor & Francis. She is an Associate Editor of SIAM Journal on Applied Algebra and Geometry, The Society for Industrial and Applied Mathematics.

Keynote 4: The Devil Takes the Hindmost - Security from Playing Games

Security is a natural battle of wits, and in many instances a matter of conflict between a defender and an attacker (both of which may take diverse and complex physical forms). If the conflict’s outcome is measurable, say, in numeric quantities or admits at least a probabilistic model, game theory applies as a natural tool to optimize the interests of both players against one another. Whereas cryptography tries to make success for the attacker “impossible”, game theoretic security seeks a less ambitious yet equally effective goal: security is, by game theory, not defined as the absence of threat, but rather as a state of the system where attacking it is more expensive than the whatever can be gained. This is the economic understanding of system security: make the attacker’s challenge so hard that it becomes rational to not attack at all. The talk will introduce the basic concepts of game theory, by showing an application to the basic security goals of confidential and reliable transmission, also reaching out towards extensions to more advanced game-theoretic models of security, up to security risk management and counterfeiting advanced persistent threats (APTs). Connections to complexity theory and (network) security by design are established. 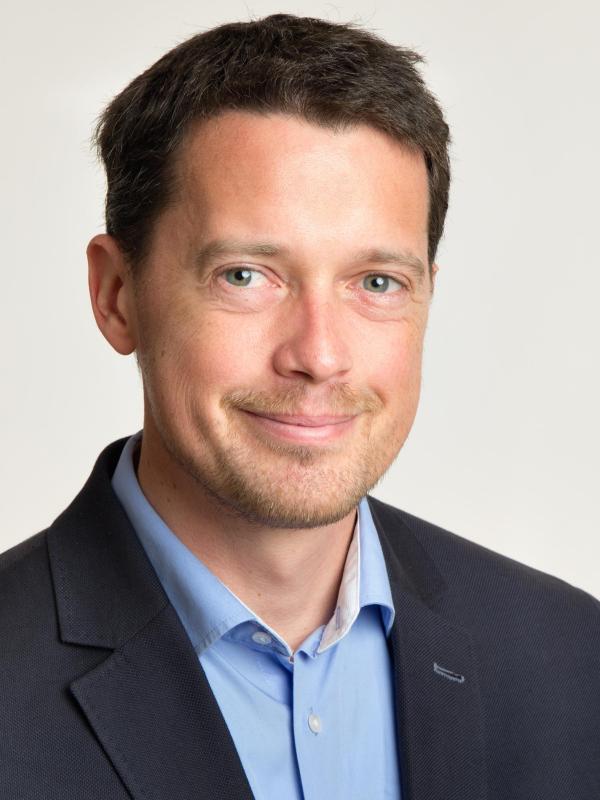 With the availability of powerful and easy-to-use media editing tools, falsifying images and videos has become widespread in the last few years. Coupled with ubiquitous social networks, this allows for the viral dissemination of fake news and raises huge concerns on multimedia security. This scenario became even worse with the advent of deep learning. New and sophisticated methods have been proposed to accomplish manipulations that were previously unthinkable (e.g., deepfake). This tutorial will present the most relevant methods for generation and detection of manipulated media. These are important topics nowadays due to the potential of misuse of harmful fake visual content on the web and on social network. For generation the main techniques based on deep learning will be presented, with focus on those based on both graphics and neural network based methods such as generative adversarial networks or cutting edge neural rendering techniques. Both images and videos will be considered, but also the combination of multiple modalities including audio, and text associated with the underlying imagery. For detection the most reliable approaches will be presented considering both supervised and unsupervised approaches. Furthermore few and zero shot learning will be described in order to enable domain generalization. Results will be presented on challenging datasets and realistic scenarios, such as the spreading of manipulated images and videos over social networks. In addition, the robustness of such methods to adversarial attacks will be analyzed. 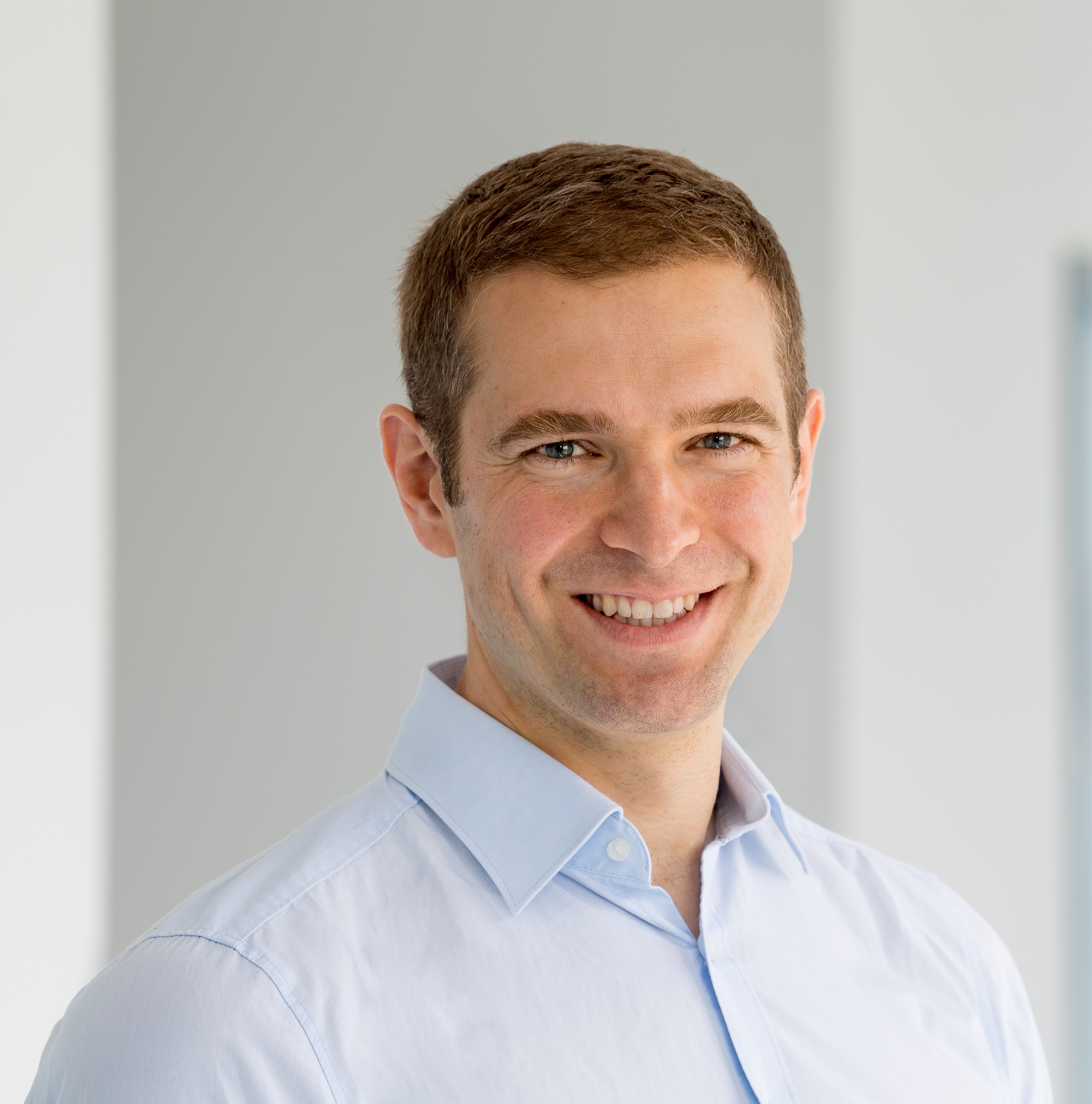 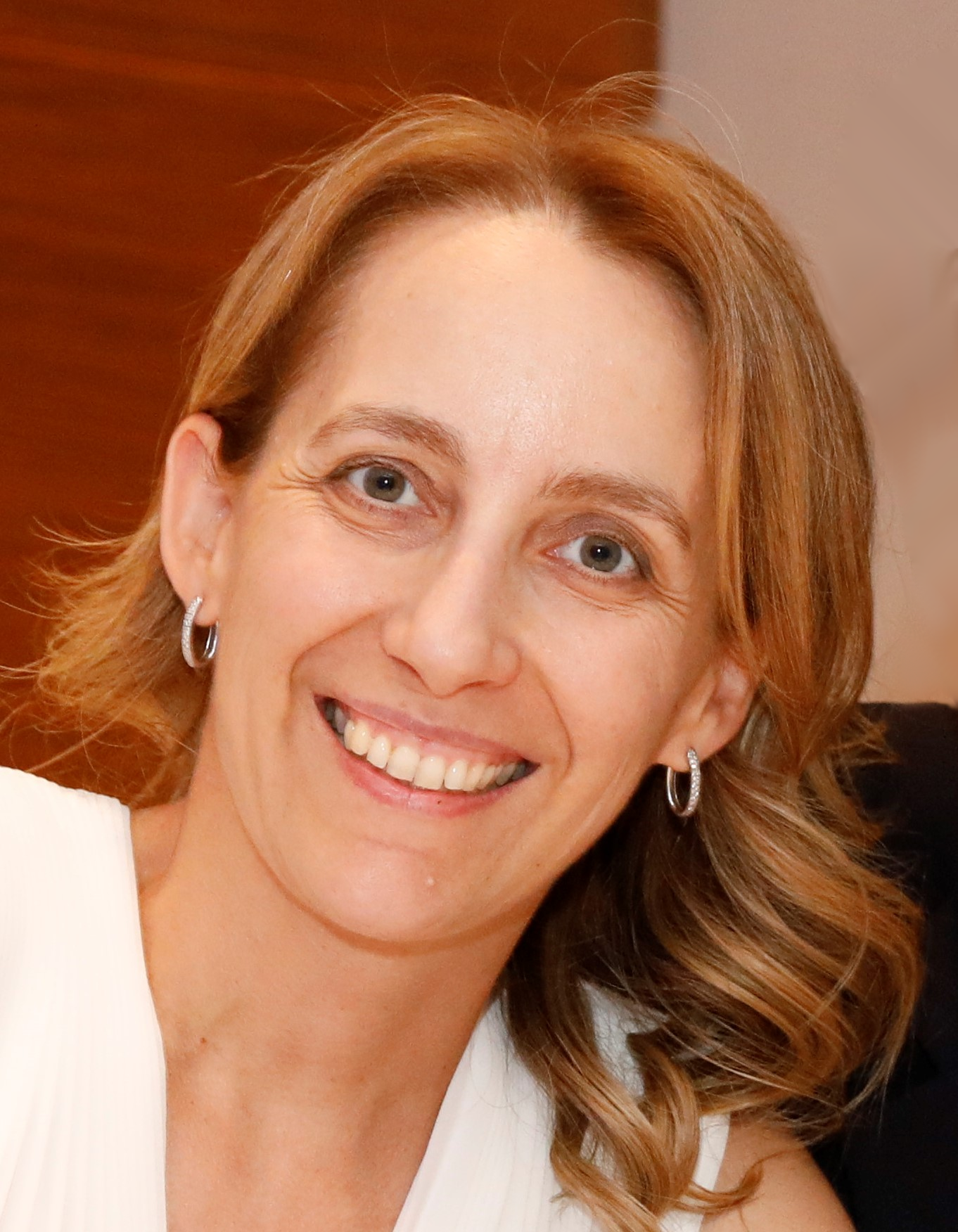 Concerns regarding the security of deep learning architectures operating in adversarial settings are raised with more and more intensity. The feasibility of several kinds of attacks carried out at test time, training time or both, have been largely proven and countermeasures looked for. The goal of this tutorial is to introduce the two most common types of attacks operating, respectively, at test and training time, namely: i) evasion attacks based on adversarial examples, and ii) backdoor injection, whereby the attacker corrupts the training phase to introduce within the system a weakness to be exploited at test time. The first part of the tutorial will focus on evasion attacks based on adversarial examples. After a general introduction to the problem, the tutorial will explore some of the main challenges attackers must face with when they try to implement the attacks in a realistic setting. Real time demonstrations and experiments will be carried out to exemplify such difficulties, with the aim of appreciating on more realistic basis the risks posed by adversarial examples in practical scenarios. The second part of the tutorial will be dedicated to the emerging threats posed by backdoor attacks. A general taxonomy will be introduced by relying on different perspectives, including the threat model within which the attack operates, the knowledge and the kind of control that the attacker has on the system, and the final goal of the attack. Some possible defenses will also be outlined, reviewing the most recent literature in the field. 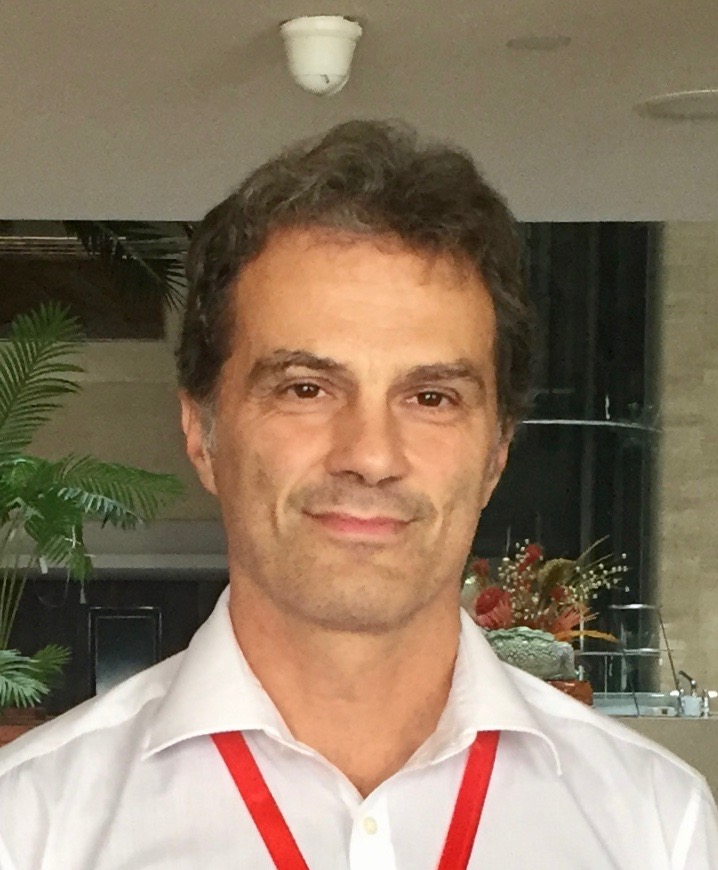 He is author/co-author of more than 300 papers published in international journals and conference proceedings, and holds five patents in the field of digital watermarking and image authentication. He is co-author of the book “Watermarking Systems Engineering: Enabling Digital Assets Security and other Applications”, published by Dekker Inc. in February 2004.

He has been the Editor in Chief of the IEEE Transactions on Information Forensics and Security for the years 2015-2017. He was the funding editor of the EURASIP Journal on Information Security. He has been serving as associate editor of many journals including several IEEE Transactions. Prof. Barni has been the chairman of the IEEE Information Forensic and Security Technical Committee (IFS-TC) from 2010 to 2011. He was the technical program chair of ICASSP 2014. He was appointed DL of the IEEE SPS for the years 2013-2014. He is the recipient of the Individual Technical Achievement Award of EURASIP for 2016. He is a fellow member of the IEEE and a member of EURASIP. 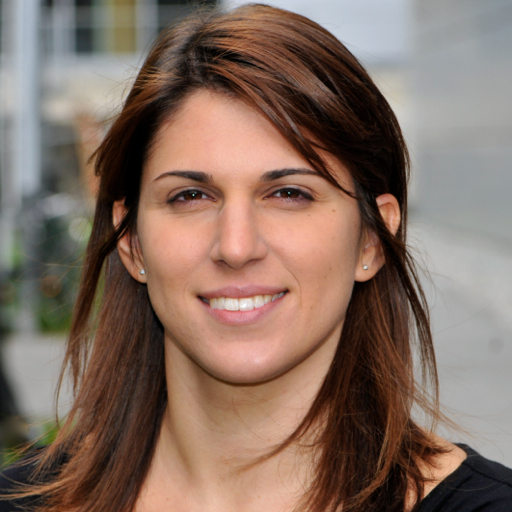